Our Mission Our Company

From the beginning, our business philosophy has been to provide the best work possible while completing the jobs fast and efficiently to maintain a fast paced schedule. As the techniques have changed over the years from hand striking, to using the Morison vibrating truss screed to now utilizing the Somero Laser Screeds and 10’ hydrostat power trowels, our philosophy still remains, if you want a high quality, flat floor in a high paced environment, call us!

Our Vision Our Company

While we have always worked to be a leader in the placement of concrete slab on grade and foundation work, it is important that as we go forward, we continue to work hard to keep up with an ever changing industry. Over the last few years we have watched as the transformation of standard concrete slab on grade design and placement changed dramatically as available aggregates and cement have changed, as well as, modern testing has paved the way for new ideas and concepts in creating super flat floors to meet the higher tolerance level requirements.

Our challenge is to continue to learn new methods of production and utilize the technology that becomes available in the upcoming years as the second generation of family members helps to structure the future of the family business to insure its success and solidity for future generations to come.

Located on the north edge of Diller, Nebraska on Hwy 103 just 60 miles southwest of Lincoln, NE, family owned and operated Lottman Carpenter Construction started in 1976 working locally on small construction projects from basement wall replacement to livestock containment buildings to sidewalks and patios. We struggled through many hard years of an up and down economy. As we slowly grew locally, we had the opportunity in 1980 to bid on the foundation and floor for a new Wal-mart in Marysville, KS. This began our expansion into the commercial sector of foundation and slab on grade concrete construction.

Then in 1995 we purchased the first Somero Laser Screed sold in Nebraska to help improve our production. The use of the laser screed along with the 1999 addition of Laser guided dozers for grading the base has allowed us to achieve high volume production. Through the years we have completed numerous commercial retail projects including over 90 Wal-Marts, 12 Lowe’s Home Stores, 8 Menards, 4 Targets and several 300-400,000 sq ft warehouses. Besides Nebraska, these projects have taken us to Kansas, Iowa, South Dakota, Colorado, Missouri, Minnesota, Wyoming, Oklahoma, California, Arkansas, Delaware, and Illinois. We now currently employ over 100 people and have branches in Lincoln, NE, Omaha, NE, Topeka, KS, and Wichita, KS. 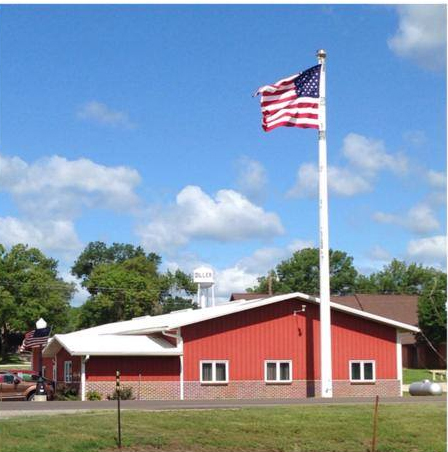